This 49-year-old man started suffering from hair loss about 10 years prior, so age of onset was pretty late, and his sensitivity to DHT would be classified as moderate. Hair thinning was diffuse throughout the scalp, as well as the temples. He wasn’t on a DHT-blocker like finasteride prior to treatment. 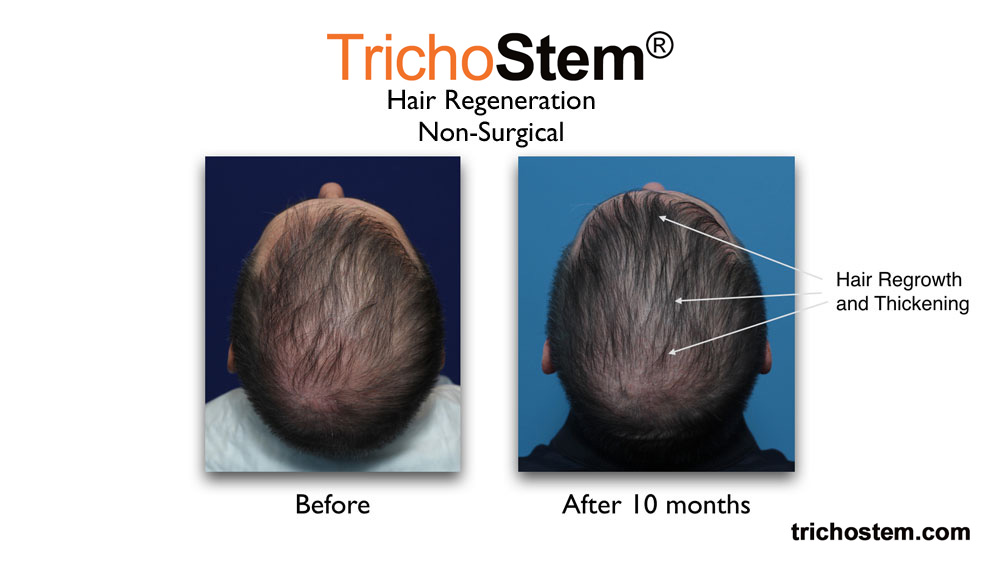 Hair at the scalp and crown grew back thicker 10 months after one TrichoStem™ Hair Regeneration treatment. As DHT-sensitivity is not as high in later age of onset of hair loss, finasteride was not prescribed. 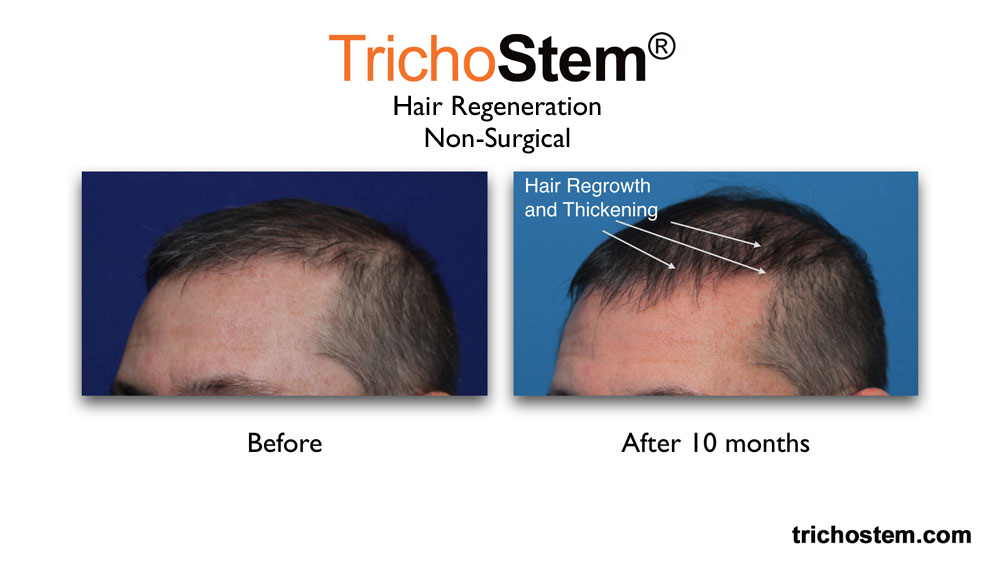 Thicker, longer hair growth was achieved in the frontal hairline from miniaturized hairs and dormant follicles. Darker hair growth can be a side effect of the TrichoStem™ Hair Regeneration treatment.